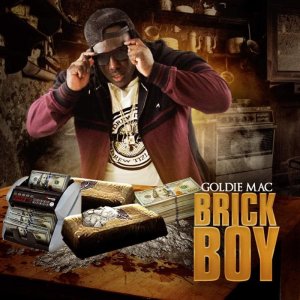 Supa Str8 Ent releases new single from artist Goldie Mac titled “Brick Boy” produced by Wee Wee. The Artist came up with the song while doing a bid in Federal Prison. Prior to going into prison, Goldie Mac had a song called “Whole Clique Getting Money” featuring Young Buck.  The Hook from "Brick Boy" is sampled from the first line of the first verse of his single "Whole Clique Getting Money".  People don't know it's actually Young Buck on the hook.  The artist just wanted to deliver a feel good song that people could turn up to.  "Brick Boy" is that song.  Make sure to watch the video for "Brick Boy" available via Youtube.  https://www.youtube.com/watch?v=SSIxxv6_kz8&feature=emb_logo

Trap Heat Here, Its In The Mix Brick Boyz

HOT TRACK WIT FIYA LYRICS .... HIT ME UP WITH A DROP!! #darealdjicecold #htown

Hot!!! We will be adding this track into our rotation. In the meantime download our app or ask your smart speaker to play ENDP Radio. "We Are The Cyber Station!" endpradio.com