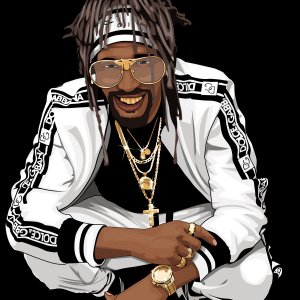 In the natural state there’s a small southern town called Camden, Arkansas where a treasure was birthed and his name is Smurf G. Camden, Arkansas, aka ‘The Queen City’ is running over with rare, priceless jewels that have yet to be discovered. Smurf G has always had a passion for
the mixing of words, music and entertainment since a young boy. Smurf G has been grinding since a youngsta, word by word, verse by verse, step by step in this rap game, hungry for his voice to be recognized.

FIYA TRACK AND WILL BE ON MY STATION KUNTRY BOI RADIO, IF POSSIBLE SEND ME A DROP!!!

He's back!! Nice one. Added to rotation. PUSH IT!